My dad made fried pies pretty often when I was a kid, but I never paid attention to what he was doing until it was time to eat.

Then last year, I was gifted with my great-grandmother’s recipe collection. Jesus Lord. It was a veritable treasure trove of good food maps. Most were written on cards and neatly filed in those little plastic card boxes. But the real fun was the big cardboard box filled with all the recipes not written on little cards.

There were recipes written on the backs of paper plates, receipts, bank statements, cash envelopes, even some fancy hotel stationary. I like to imagine that old great-granny of mine just globetrottin’ all around the place, bugging people for their secret recipes everywhere she went. This was one of those. Properly titled, “Mrs. McCoy’s Fried Apple Pies”, my dad said his grandma had a plate of these ready for him every day after school. Pretty sweet, right? 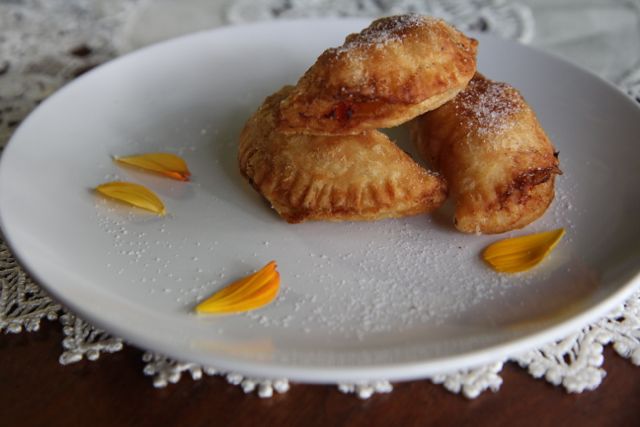 Click here to be directed to a foolproof homemade pie crust recipe!