How To Make Tacos Al Pastor

How to Make Tacos al Pastor Video – scroll down for recipe

Meaning “shepherd-style” in Spanish, al pastor is a spit-roasted pork dish from Northern Mexico. It was inspired by shawarma cooking which was brought to Mexico by Lebanese immigrants in the 1960’s. You know shawarma, like gyros, where they pack a bunch of marinated lamb meat on a huge sharp rod and roast it all day, slicing off paper-thin slices as needed? Right. It’s wicked delicious.

But in Mexico, lamb became pork, and chiles and pineapple sneaked in to the marinade. I can say with certainty I have never had a BAD taco al pastor; only good and amazing. Clearly, if they are that pleasing, we all need to know how to replicate tacos al pastor at home. Seriously lacking a huge rotisserie and a fire-place big enough to roast 50 pounds of meat at a time, I adapted the recipe for regular people in regular kitchens. Son of a gun, give me some with onion and cilantro and I could eat this every day. 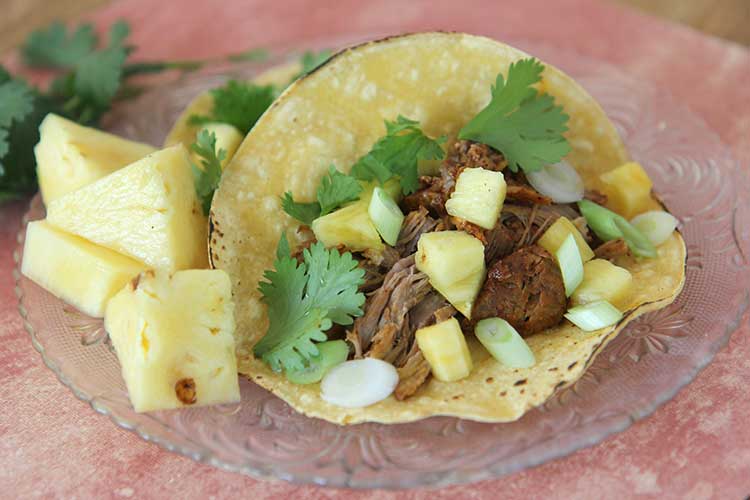 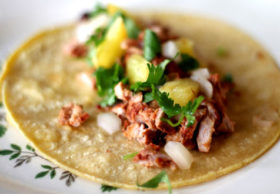 Remember that pineapple is a natural meat tenderizer. Fresh juice has much more of the active enzymes and can over-tenderize meat if left too long. A whole big roast will be fine marinating overnight, but small pieces of meat will disintegrate in that time. Four hours is enough. Using canned or jarred (pasteurized) juice, you needn’t worry about over- marinating.

These are wonderful served with refried beans and salsa verde! 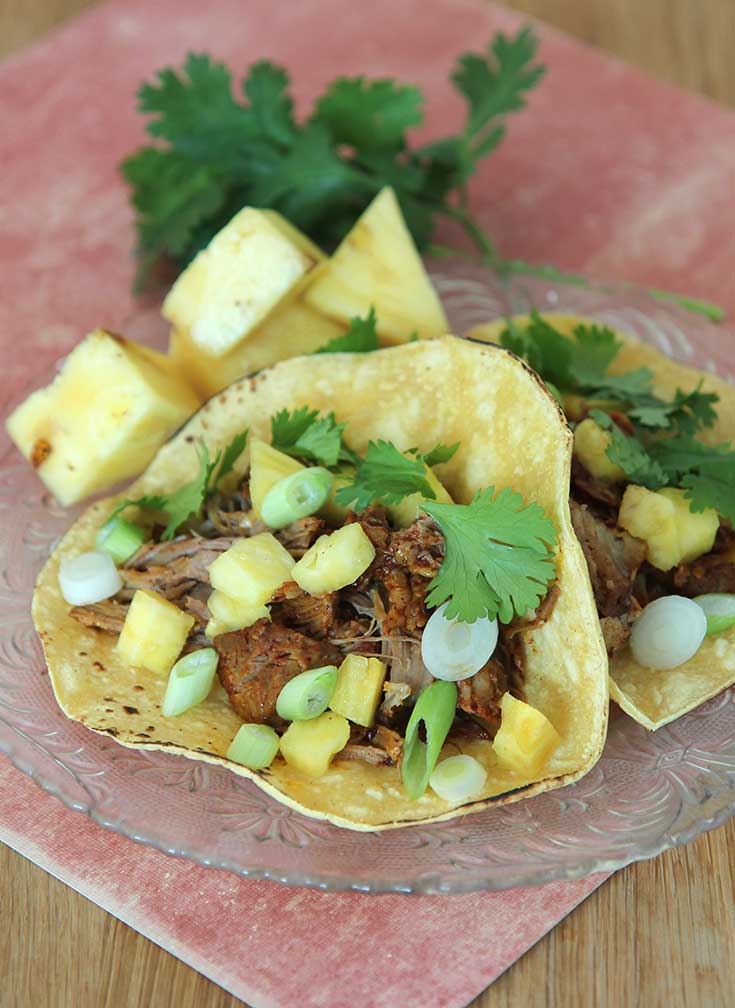