Part nine in my Christmas Around the World series! Christmas in Canada, focus on: TOURTIERE! Thank you to Sharron for sharing your recipe!

Originally a tourtiére was a HUGE meat pie baked in the deep dish for which it is named. The tourtières I saw on the innernet were like Dutch ovens, 6 inches deep and 8 inches wide probably, holding a good two pounds of meat on their own. Some recipes called for the pies to bake 2-3 hours! I know of no one in this day and age that have either the time, or the appetite for that much meat pie. So, sacre bleu! I made mini-tourtiére. Is that a sin?

This recipe is adapted from one sent to me by Sharron in Canada. After reading some recipes online, too, I decided to add a little allspice (many recipes also use cloves, but that is too much for me) and use thyme in places of savory simply because I don’t keep savory in the house and I really like thyme (I hope that’s okay, Sharron!). I also nearly halved her recipe, since there are only two of us in the house and while we certainly would have eaten two pounds-worth of tourtiere, I don’t think we should. And having said that, we could have frozen them. Sharron also sent directions on how she freezes these, if you’d like to do the same.

Lacking adorable mini-pie pans, make this same recipe (below) in a standard or deep dish 9″ pie pan. Personally, I think there is more to mini-pies than people give them credit for, especially if you are a person who has a special affinity for pie crust. Like me. 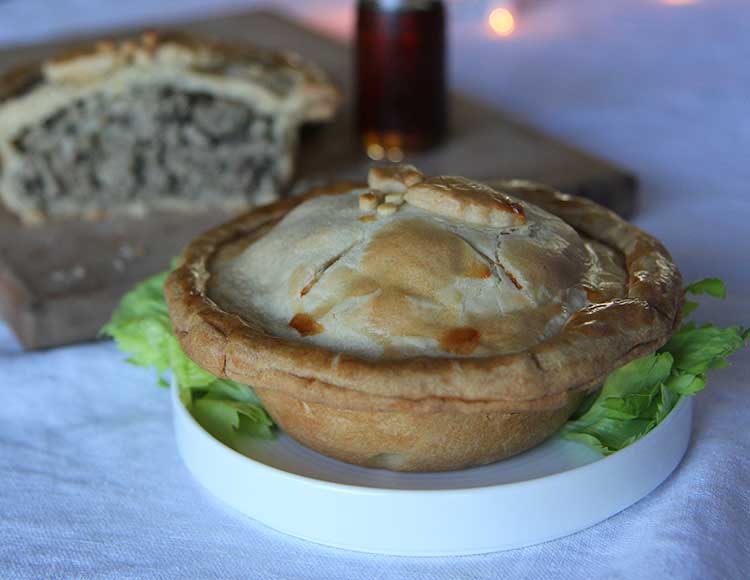 To freeze unbaked pies:
Pies can be frozen directly after assembly, with the dough still raw. Wrap them well in plastic wrap and freeze.

Remove pie from the freezer and unwrap.

Bake until golden and heated through, about 50 minutes.

Pies can also be baked and cooled, then wrapped and frozen. This is convenient when you really need an instant supper fix.
To reheat cooked, frozen pies:
Remove meat pie from the freezer a few hours before serving, if possible.
Wrap in foil to keep it moist and warm in a low (300°F) oven until heated through.

And finally, I’ll leave you with this adorable quote from Sharron:

Whether you speak French or English in the home, celebrate Christmas or not, tourtière is an essential December dish around here. 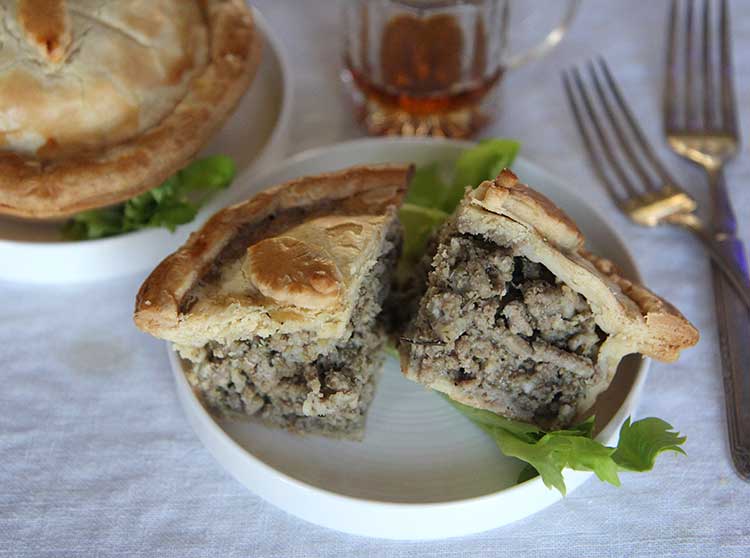