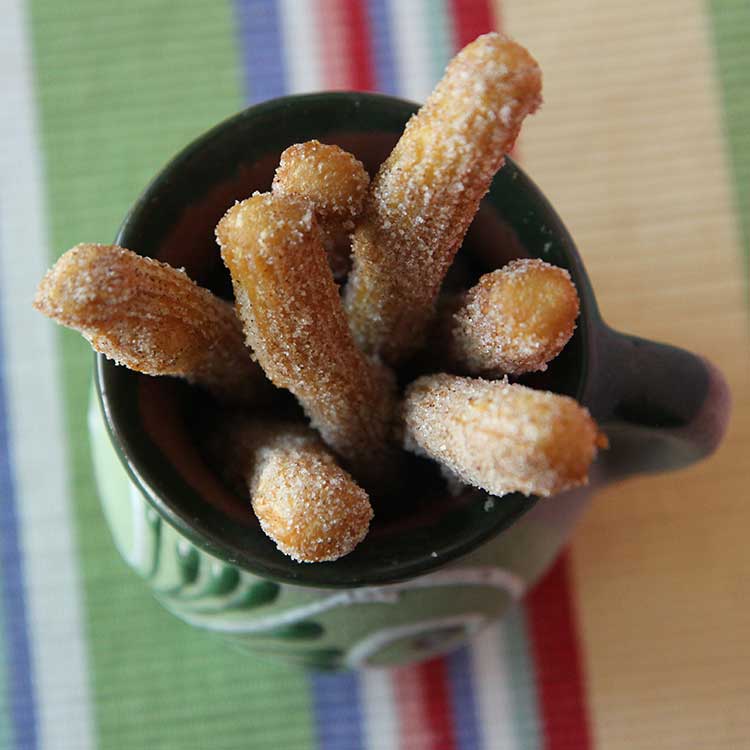 Take it from the top!

Churros are kind of the Spanish version of donuts. Taco Bell ripped them off with their Cinnamon Twists. The original Spanish churros were made with just flour and water (maybe some oil) dough but nowadays in Mexico, churro batter is enriched with eggs, butter and sugar. In chatting with my pal Hector about this, we concluded that the Mexican churros must have been influenced by French invaders (much like Mexican bolillos are very similar to French baguettes). And because butter and eggs are tastier than no butter or eggs, and because I’m from Texas and that is way closer to Mexico than to Spain, I’ve made the Mexican churros here.

The churro dough is basically a choux pastry (or paté a choux) which is the same used to make gougeres and eclairs. The difference is that instead of being baked, it is fried in this case. The dough itself is pretty bland, but the roll in cinnamon-sugar makes up for that. Roll them while they’re still warm so the sugar sticks and melts a little and makes a crunchy shell.

How to Make Churros Video – scroll down for printable recipe 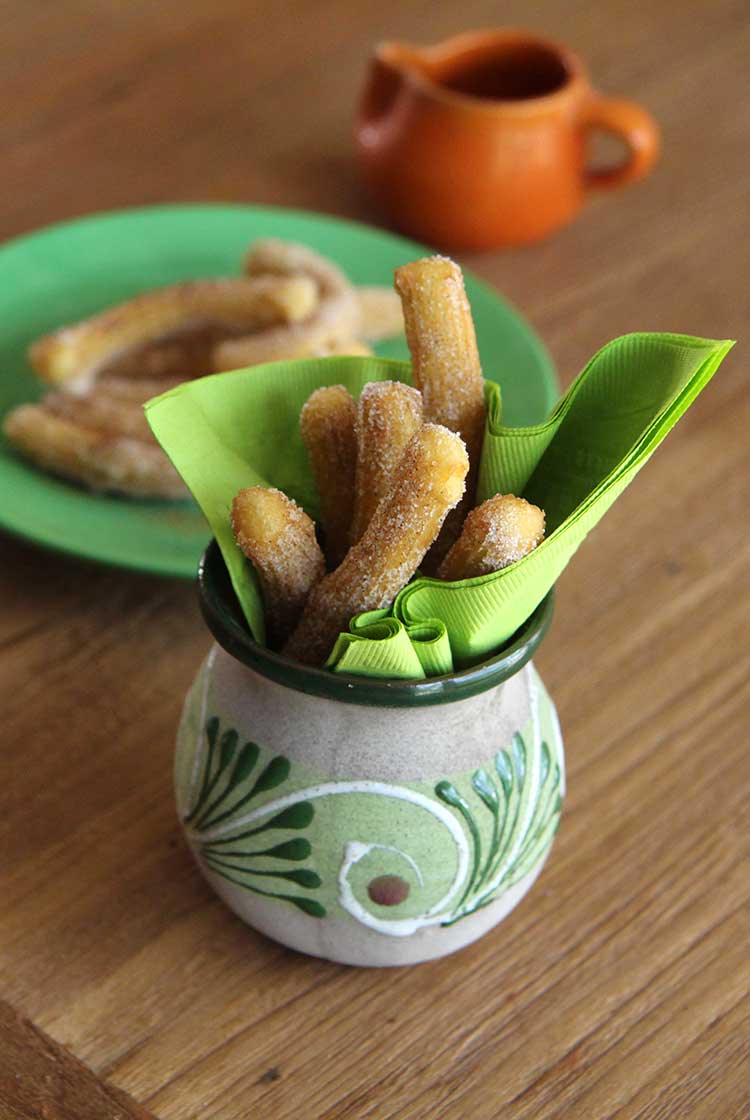 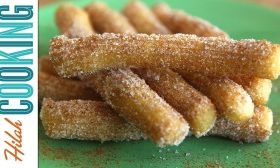 Dough may be made a day before and stored in an airtight container overnight. Fried and sugared churros may be kept warm in a low oven for up to an hour. Arrange on a rack over a baking sheet in a 200-250ºF oven.