I’d been thinkin’ and dreamin’ for a while now of some kind of peanut-butter-roasted chicken dealio, and while this isn’t quite all that, it does satisfy the peanut butter and chicken combo conundrum I was facing. On a lark… a whim… a whimsy if you will, I added a spoonful of peanut butter to my standard barbecue sauce recipe and viola, goodness and deliciousness of this BBQ chicken sandwich was thus created. 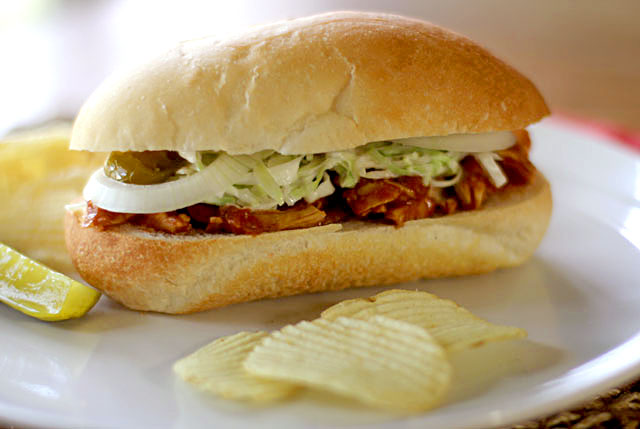 Of course you could leave out the peanut butter (and I probably would recommend that if you wanted to just make the sauce to serve with like, legitimate barbecue. But it might also be good with pork I imagine. Or if you’re making this for a person with a severe peanut allergy and he/she may die; then it would definitely be a good idea to ix-nay the eanutbutter-pay.) Anyway, what was I saying? Sorry, can’t concentrate with this CUTE PUPPY on my lap. 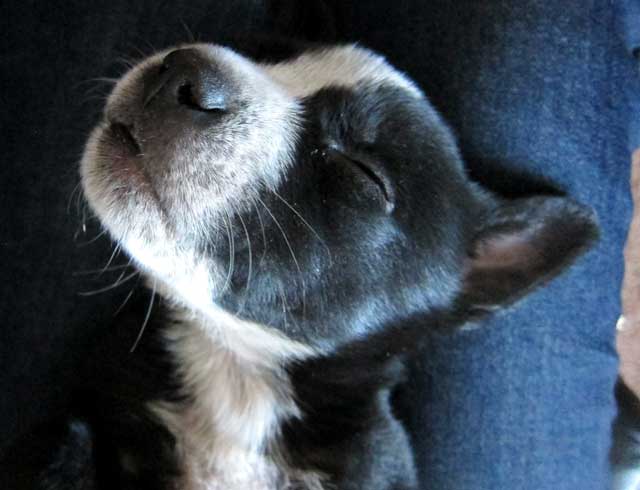 But I digress into flim-flam and nothingness. As I was saying, you could leave it out, but I think it adds a really great “what in tha werld is in this sawse?” component to the recipe, not to mention peanut butter isn’t used enough as a savory ingredient here in the US and I think that’s a damn shame.

ZOMG. Also, while we were chowing down like T-Rexes on these bad boys, Chris was all like, “I want this with blue cheese and Frank’s RedHot” and I was like, “SHUT YOUR FACE. YOU’RE A GENIUS.” But we didn’t have any, but I’m just telling you that I think it would be awesome and then it really honestly would have all the food groups in it, including hot sauce. 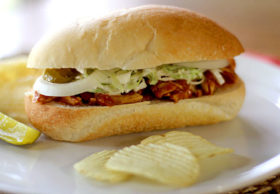