How to make Flan video (scroll down for flan recipe)

Cinco de Mayo is this weekend and if you’re not familiar, it’s kind of a big deal around these parts. 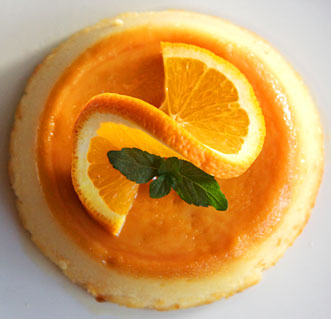 It’s a Mexican holiday that commemorates the Battle of Puebla, in which the Mexicans whooped the French even though they were outnumbered two-to-one. It’s always those kind of battles that people like to commemorate.

I figured what better way to commemorate it than by making flan, that light and luscious caramel custard that came from France originally (as crème caramel) but I imagine someone dropped the recipe during the melee at the Battle of Puebla and a clever Mexican cook picked it up and re-named it flan de leche, or just flan.

Anyway, there will be muchas fiestas this weekend in celebration and many of them will have piñatas, most of them will have cerveza, and all of them will have comida deliciosa. If you’d like to throw your own fiesta, please consider including this easy flan recipe! Best part, you can make it the day before you need it, leaving you more time to make cheese enchiladas.

This particular recipe came from my dear friend’s mother, Adriana. It uses cream cheese for a rich and creamy flan. 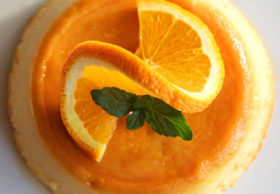 I cut all measurements in half to suit my needs. The original recipe was as follows: 6 eggs 8 ounces cream cheese 1 cup sugar 1 cup milk 1 cup evaporated milk 1 tablespoon vanilla