“German chocolate” is unfailingly my dear dad’s choice every single year for his birthday cake. It’s been that since I was teeny weeny. I started making it myself once I was not so weeny and was able to cook on my own. I wasn’t much older than 9 I don’t think. It’s a fairly involved cake, but the results are worth it. The cake is light and airy with a caramel-type icing loaded with shredded coconut and pecans.

The story behind the cake is interesting. Its invention is credited to Mrs. George Clay of Dallas who sent in the recipe to the Dallas Morning Star and it was published on June 3, 1957. From there, the makers of German’s Sweet Baking Chocolate got hold of it and syndicated the recipe all over the country to promote the purchase of their chocolate, as companies do. The thing is, Sam German invented his sweet chocolate in the mid-1800s and beginning right then, women began coming up with “German’s chocolate cake” recipes and sending them in to newspapers, magazines, and cookbook contests. I found at least 4 different recipes for German chocolate cake.

I thought it would be fun to visit a bakery to learn more about the cake. We chose Sweetish Hill because it’s locally owned and it’s been around since the 1970s. It was always my grandma’s choice to get birthday cakes and holiday pies and French breads. She was not much of a baker or cook. Besides Mrs. Johnson’s Donuts, it’s the oldest bakery still around in Austin. Tom Murphy started there as a baker and eventually bought the business;  I got the feeling he’s rather be baking than bossing, though. 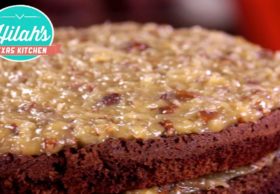 *Original recipe used shortening instead of butter in the cake and whipping cream instead of evaporated milk in the icing. 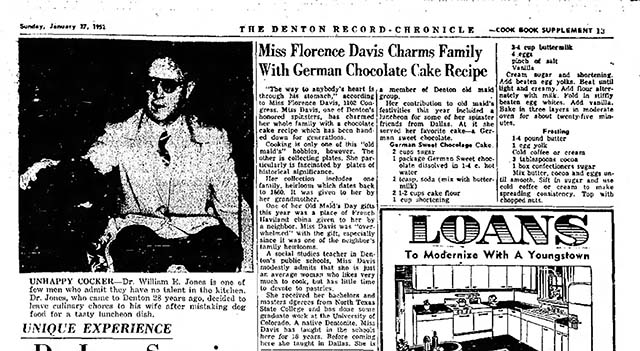 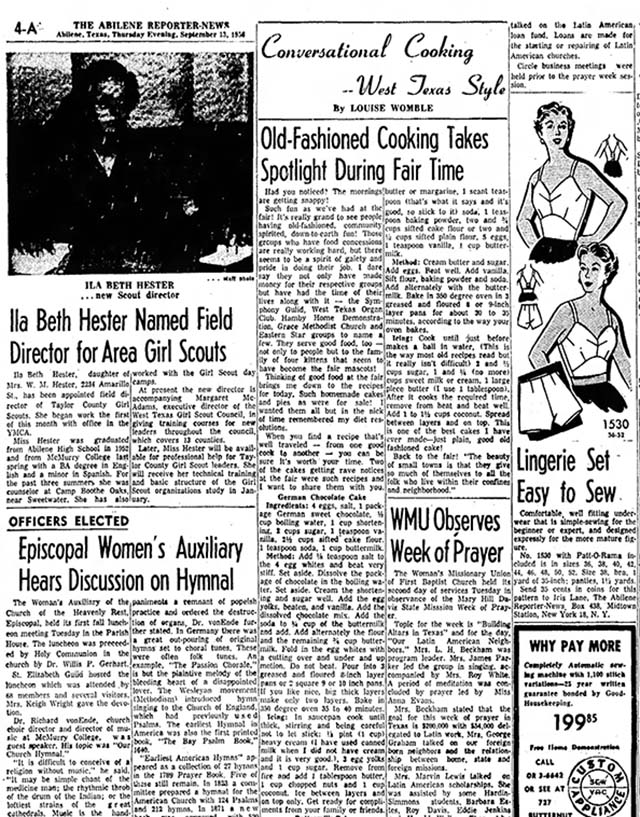 An even older version from 1936, Abilene, Texas