Halloween night, late 1980s. My family lived in the boonies so there were no good streets or even houses at which to trick or treat. All dressed up, my mom drove me and my brother into town to go trick or treating in my granddad’s neighborhood. We’d gotten maybe 5 miles down the road, bouncing along in the Ford F150 that many years later I would learn to drive on, when a big buck ran right out in front of us. We killed it, immediately I hope, but not on purpose of course. Living in the country, you know that hitting a deer on the road is bound to happen some day. But goddamnit why did it have to be on Halloween?!?! I was pissed as a 9-year-old can be. Rather than leave it there, my mom turned the truck around and went home and got my dad. The two of them drove back to the scene of the crime and loaded that big dead deer into the back of the Ford. They drove it home.

And hour later, we’d changed from our costumes (there would be no treats this year, but the tricks, there were plenty of those coming up…) and my dad has the the deer strung up on our own wooden swing set. Right between the two swings, there now swung a deer carcass. Can you imagine anything more gruesome, and on Halloween? I can. Because it gets worse.

I guess he’d learned to dress a deer from his grandpa and I guess “dressing” a deer is a euphemism really for “undressing” a deer by removing its skin from its body. And also removing all its organs. And when you do that, all the contents of its stomach end up on the ground. There were hundred of bloody acorns scattered all around. God, this is an awful story. I shouldn’t be writing any of this on a food blog. But it happened. And it was Halloween. And we were poor so we ate that deer. Half of it was too damaged by the Ford to salvage, but the rest of it was “perfectly good deer meat”. It took my dad most of the night to butcher it and package it. My little brother helped. I’m sure he was up far, far past our bed time. Paper-wrapped hunks of deer meat filled our freezer and my grandma’s freezer down the street for months. Deer sausage, chicken-fried deer steak, deer chili, deer stew. Forever.

The skull and antlers found a home nailed to a tree a ways off until insects and rodents and birds had picked it clean and then the sun had bleached it white. The piles of acorns under the swing set stayed there, decomposing as slowly as they could until all that was left was pink-stained dirt.

And if that’s not enough to get you in the mood to eat some very lifelike gummy worms, I don’t know what is. 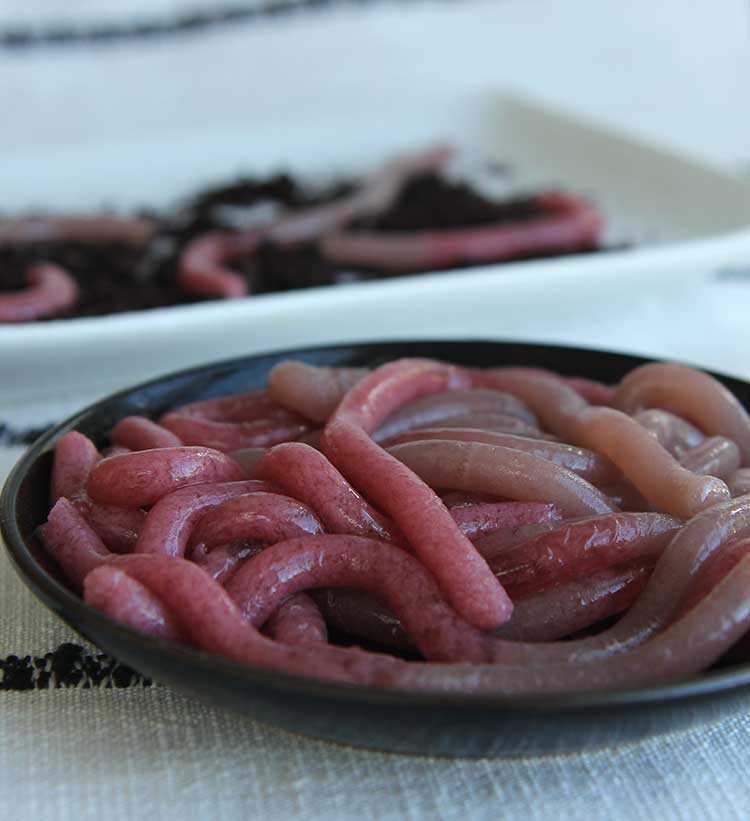 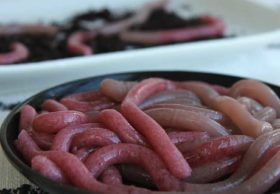 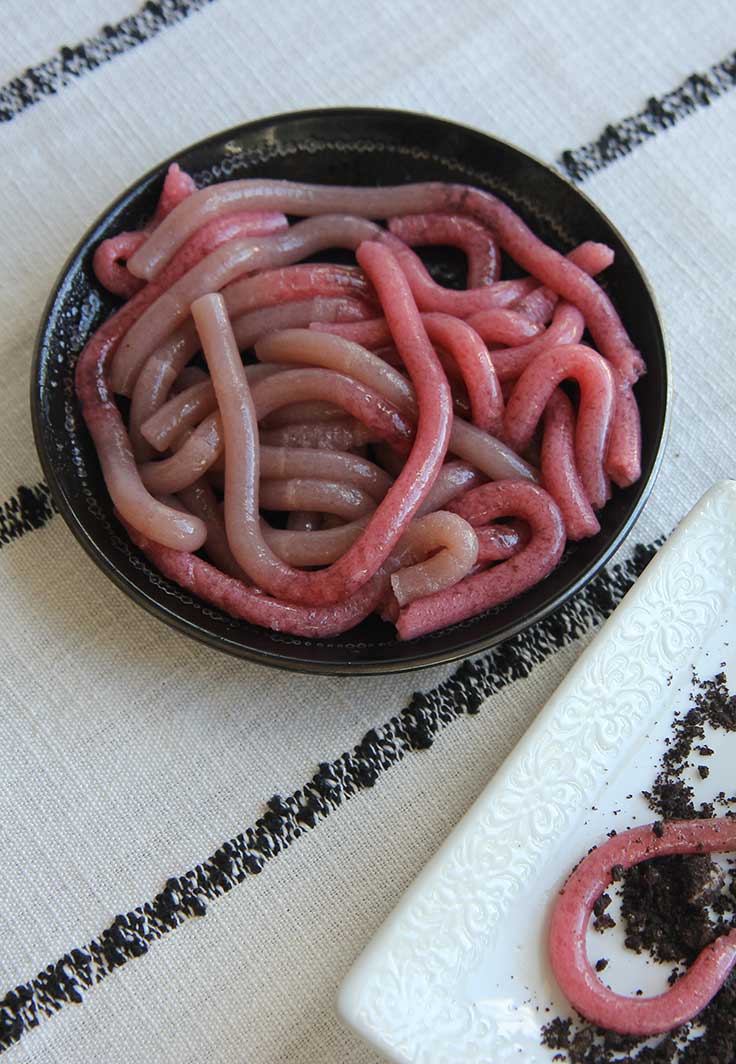