Hey look! Homemade banana pudding recipe! It’s time for a creamy treat, kids! This was one of my favorite desserts when I was wee, perhaps tied with pistachio pudding out of a box which I just loved, and coming in a close second to bubblegum ice cream from Baskin Robbins which sounds absolutely appalling to me now.

My mom and grandma used boxed pudding mix those many years ago and while I honestly believe that boxed pudding is delicious, it also does have a lot of weird ingredients listed in it, most of which are not “milk, eggs, sugar” which is pretty much all that’s in this homemade vanilla pudding. Pudding which may in fact truly be considered custard, but I’m not from England so I don’t eat that stuff. 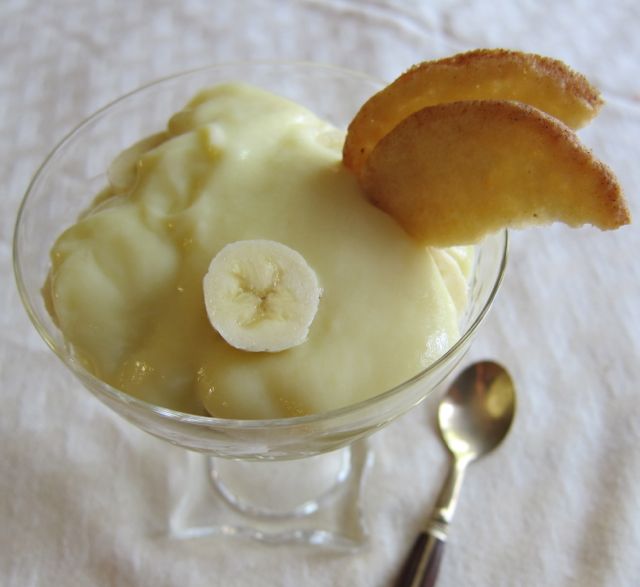 Oh oh oh! And if you’de like to make your own HOMEMADE VANILLA WAFERS click here. I did so for the photo you see on the post, and they were ever-so-heavenly. In fact, way way way better than Nilla wafers, I thought. But I also understand if two homemade things in one day is too much for you. It was too much for me on the day we shot this video, evidently.