How to Steam Lobster (and How to Eat Lobster!)

This video also demonstrates how to shell and eat lobster. Not for the squeamish! 🙂

Laurel made me do it.

Then I made her do it.

Then we ate our victims. Chris helped and we all guzzled champagne. How sick is that?!?

Well, I hope you don’t think it’s too sick. It was really tasty lobster and you know what they say about breaking eggs and making lobster omelets and killing God’s creatures and birds in the bush, right? Yeah, I never understood that one either.

The good news is that your conscience is likely the trickiest hurdle to steaming a live lobster. Once you get past that one, the rest is gravy, or lemon-butter as the case may be. 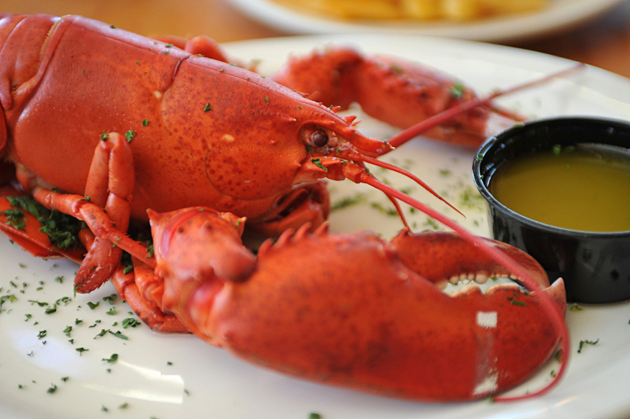 How to pick out a lobster

How to Steam Lobster 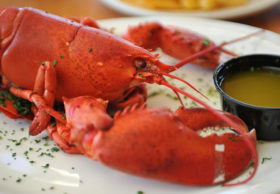 The preferred method for cooking a live lobster

Variations
Like they do in Maine, you might also want to steam some mussels and clams alongside the lobster, and serve with boiled potatoes, corn on the cob, and French bread!