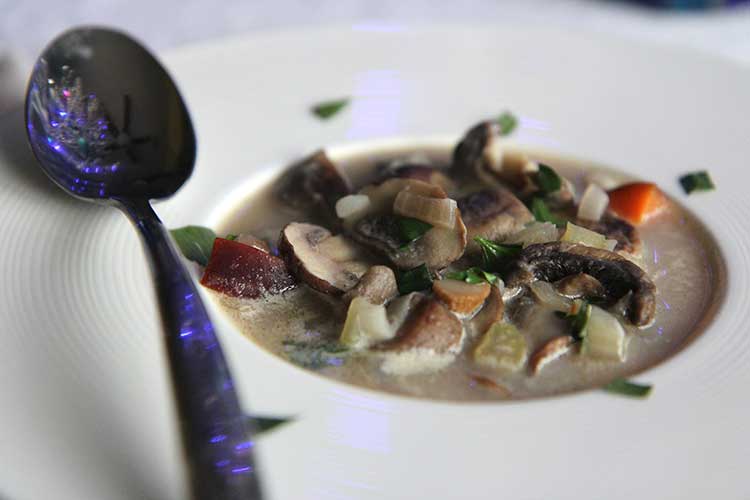 In preschool, I bit this kid on the arm once. Hard enough to break the skin. If you’ve never done that, it’s gross. It’s taut between your pointy baby canine teeth and then, suddenly, it’s a hole. The hole tastes like minerals and vampire breath. Blech. It gives way with a little “pop!” and for YEARS, that bouncy pop! was all I could think of when my teeth rubbed up against a mushroom. And so I hated them for that reason. Well, that plus the dirt-taste.

But then, I guess about two years ago I was at a stranger’s house for lunch — it wasn’t as unusual as that sounds — and she was making us an omelet and threw some braised portobellos in there. And who was I to say, “Excuse me, ma’am, thank you for lunch and all but mushrooms make me hurl and did I mention I am an ungrateful bitch? I’ll be taking my leave now, good day.”

So I ate the omelet, fully expecting to have to covertly spit chunks of it into my napkin but I didn’t because it was tasty and just like that, I liked mushrooms.

All that is to say, here’s a beautiful, creamy mushroom soup recipe for you! The dried mushrooms are really key and porcini (aka King Bolete) are preferred but I can’t find those around here so I use dried oyster mushrooms and they are just fine. You can use low fat sour cream and you can also just add a spoonful of it to individual bowls if you prefer. If you want a smooth soup, feel free to puree all or part of the soup with an immersion blender. Don’t skip the lemon juice! It’s very necessary and delicious.

To make this recipe for a traditional fasting Wigilia, omit the sour cream 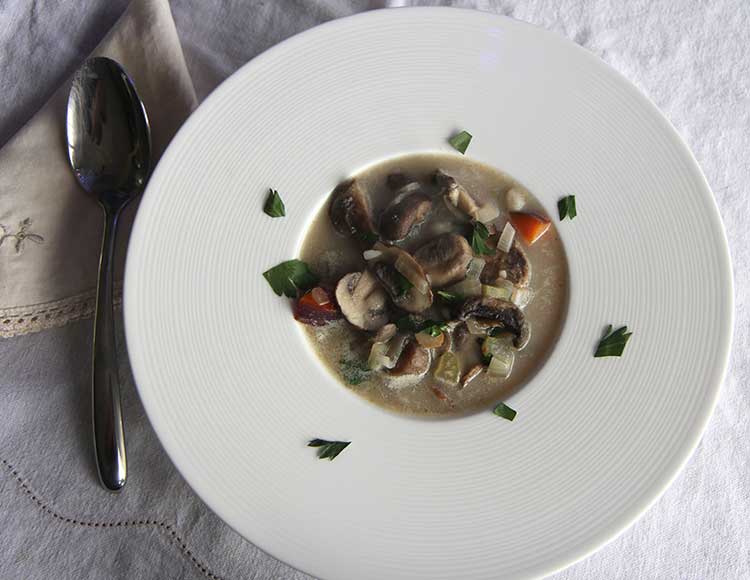