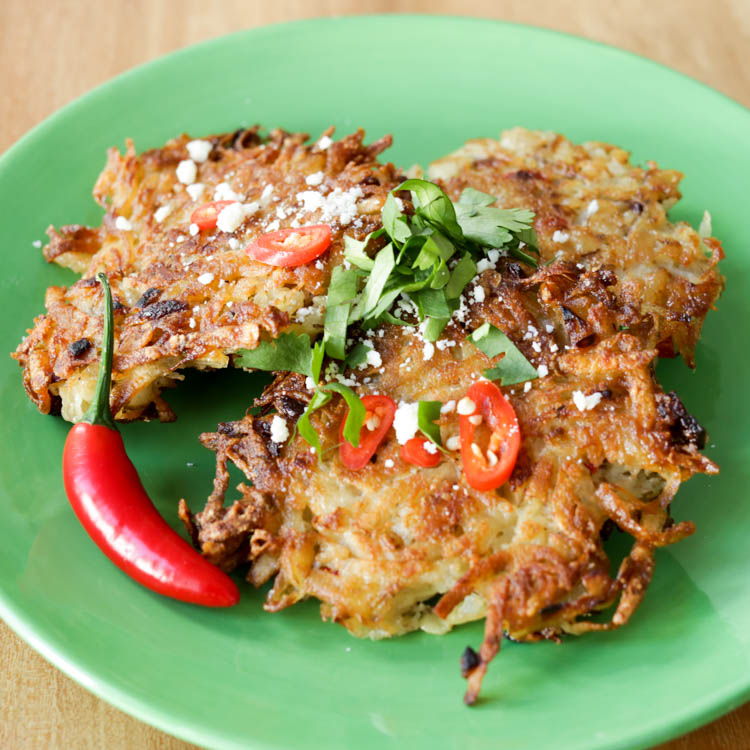 These crispy, Tex-Mex potato latkes are jazzed up with chiles and salty cotija cheese. I love chiles with potatoes and this is one of the best ways to eat them both: fried 😉

A couple of pointers for the best latkes: 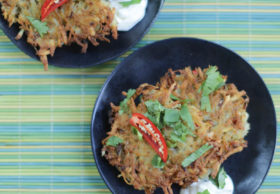