The first time I had carne guisada I was in third grade. A classmate’s mom brought a big pot of homemade carne guisada along with a stack of flour tortillas. I have no idea why — this was not a regular occurrence — but we ate it, in class, on flimsy paper plates and I was crazy about it. At that moment, it was the best thing I’d ever eaten in my entire life. Her guisada was thick and beige, made with flour, chunks of beef that fell apart when you stabbed them with your fork, and big squares of green bell pepper, cooked until olive green and practically melting into the gravy. 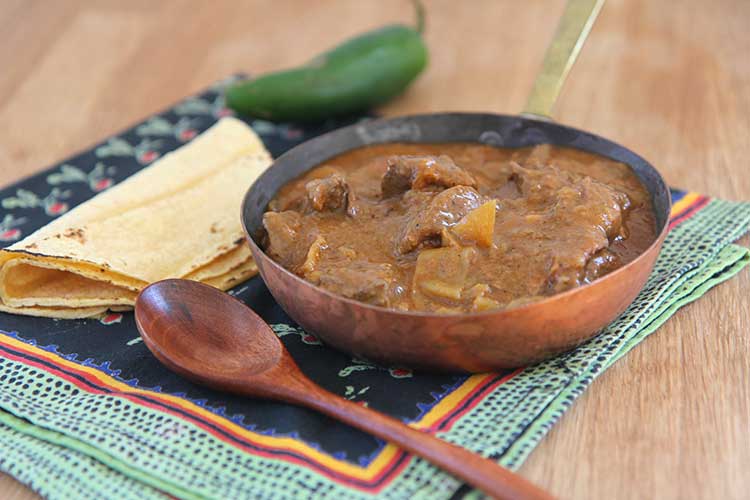 After having tried and failed many times to recreate that mother’s milk from so many decades ago, I finally gave up. And that’s when hope walked right back into my life while I was stuffing my face at a potluck. My friend Lela showed up with a big ol’ crockpot of the almost exactly the same carne guisada from my youth. Yippee! She got the recipe from a high school classmate’s mother and it couldn’t be easier or more delicious.

(Edit: A reader since pointed out in the comments that the recipe is originally from Martha Stewart. Indeed, it seems to have been copy-pasted several times along its journey to me and of course attribution was lost on the way. I’ve made a couple of small changes: using fresh tomatoes instead of a can and browning only half the meat to save time while still getting the same flavor.)

I like to serve it as Taco Jesus intended, steaming hot in a bowl surrounded by charred corn tortillas for dipping and rolling up in it. If you like, you can sprinkle fresh chopped onion, cilantro and/or crumbled queso cotija on top but damn, honey, you really don’t need to. Just the tortillas (corn or flour, as long as they are a little blistered) and you’re all set.

Check out my newest cookbook for many more slow cooker recipes! 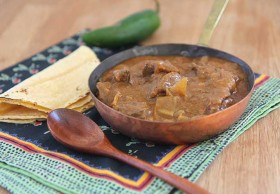 Check out my newest cookbook for many more slow cooker recipes! 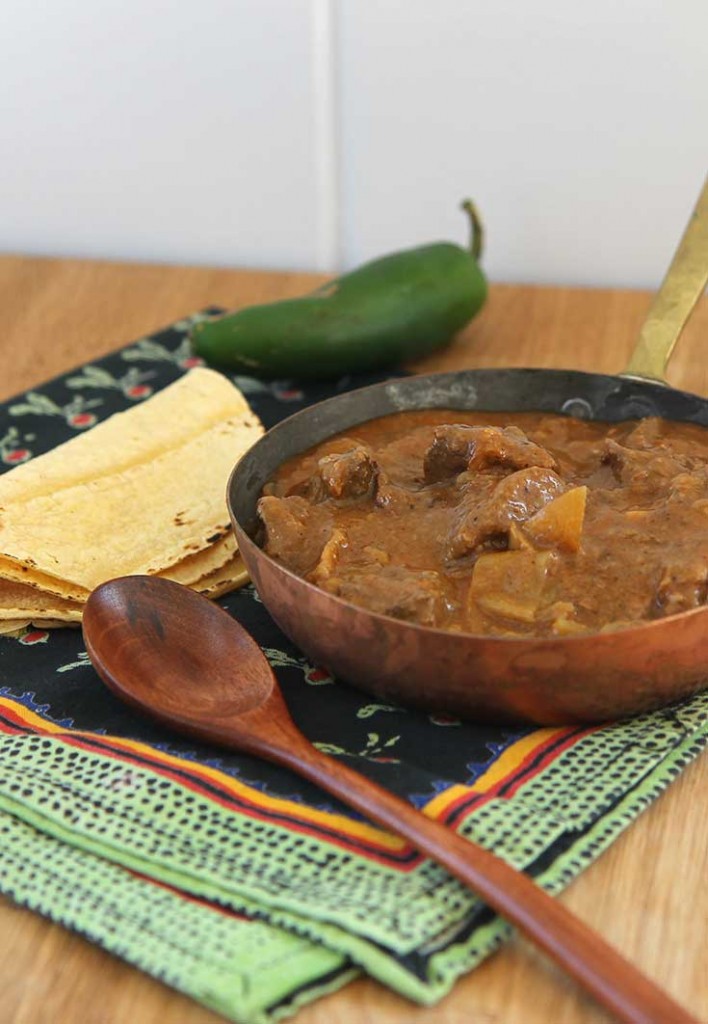