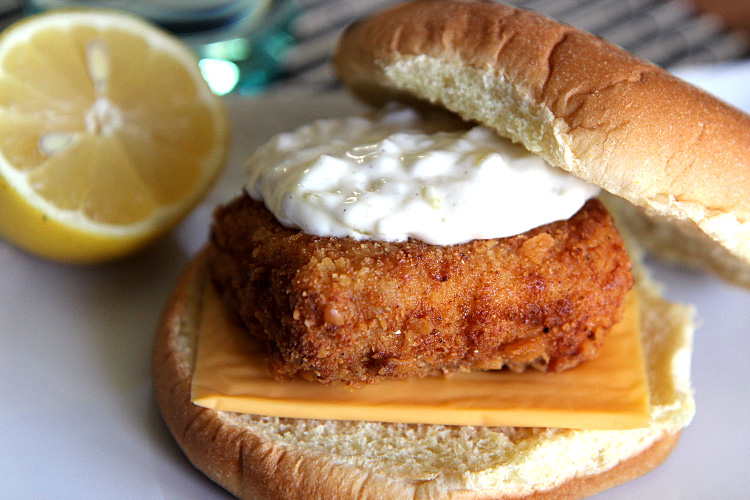 I say “copycat” but really, this Filet O fish copycat is much tastier than the McDonald’s Filet O Fish sandwich, and more filling with less calories. I think you’ll agree that this isn’t the first time a copycat recipe turned out better than the original.

Though I don’t celebrate Lent, I found an article last week explaining how the Filet O Fish came to be: An Ohio franchise operator, Lou Groen, was having poor sales of hamburgers on Fridays during Lent. Taking a cure from a nearby restaurant, Groen created a simple battered and fried fish sandwich, with cheese. He presented his idea and recipe to the top tier of McDonald’s in 1961 and was allowed to add it to his menu. It was a hit and the rest is history!

Since Lent is arrived, it seemed perfect timing to try my hand at another copycat.

Having not eaten much McDonald’s in my life, I have had the Filet O Fish only a handful of times before, but certainly not in 10 years or longer. So, Chris and I went for lunch at Mickey D’s the other day.

I was surprised that the menu stated the FOF has only 390 calories. Honestly, I was expecting much higher for a fried fish sandwich with  cheese and a big glop of tartar sauce. But the sandwich was also surprisingly small. I’d bet the fish portion was but a mere 3 ounces (pollock is what McDonald’s uses) and the bun seemed a size between a standard burger bun and a slider bun. It tasted alright. A little fishy, but not bad, really. The breading was crisp and reminded me of a breadcrumb coating. Tartar sauce had visible bits of pickle and onion mince, but didn’t taste like much beyond a hint of sour pickle. I’d expected it to be overly salty and was pleased that it was not. An hour later Chris and I both felt hungry again, though, and a little nauseated. It’s a strange phenomenon.

To recreate the Filet O Fish, I used tilapia fillets. They are less “fishy” than pollock and large enough so that you can (if you want) cut out squares of fish so that your copycat will look like the original. Keep the extra pieces and fry them, too, of course for snacking on. You could also use cod or haddock. I tried breading with plain breadcrumbs and cracker crumbs and felt the cracker crumbs were way better. You can use either the McDonald’s tartar sauce copycat recipe I’ve posted below, or use my tartar sauce recipe, which is a little fancier and less sweet. 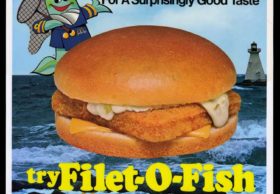 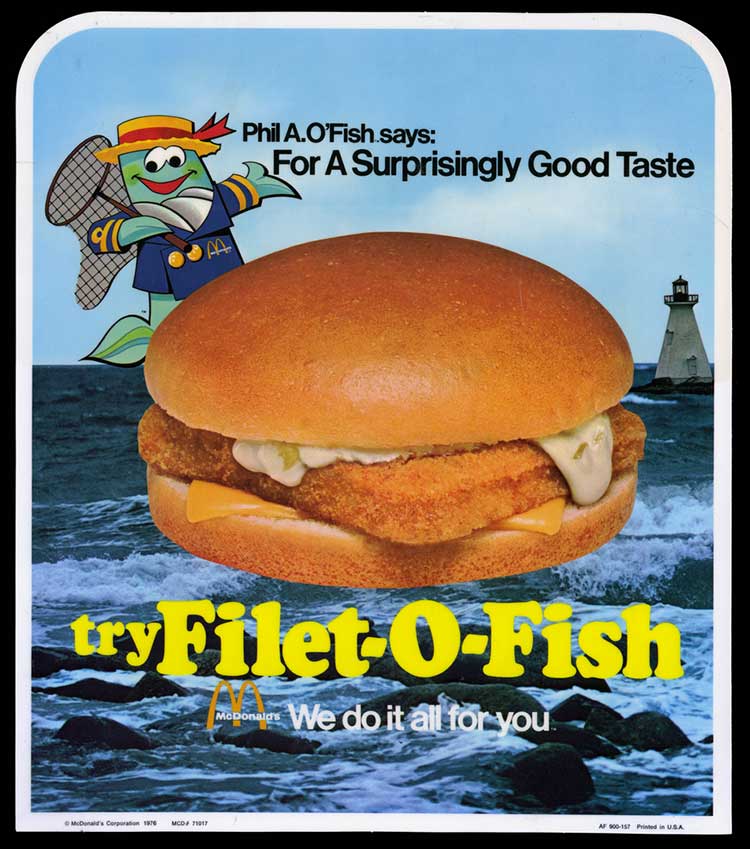