I got this gazpacho recipe from a friend in Spain, at the same time he taught me to make seafood paella, actually. It took me a long time to make gazpacho, clearly, but once I finally did, I felt like an idiot for waiting so long. If you live in one of those “hotter than Hades” climates, you will appreciate a cold glass of gazpacho more than anyone. And if you can get some ripe, red homegrown tomatoes to make it with, then you’ll be even better for it.

This gazpacho was titled Gazpacho Andaluz, or Andalucian gazpacho, and it doesn’t have bread in it. All the recipes I’d seen included some bread, for texture I imagine, but this one has no bread but relies on the emulsification of olive oil to thicken it. It becomes almost like a salad you can drink, or like a really, really, really good version of V-8.

Gazpacho keeps in the fridge for up to a week, but I bet you’ll finish it before then. It may separate but just give it a stir before serving. If you like, you can serve it as a cold soup in the traditional way, topped with finely diced vegetables (onion, bell pepper and cucumber) and a few croutons. A thermos of cold gazpacho would also be nice to take along on a picnic of sandwiches or charcuterie. Don’t forget the sangria! 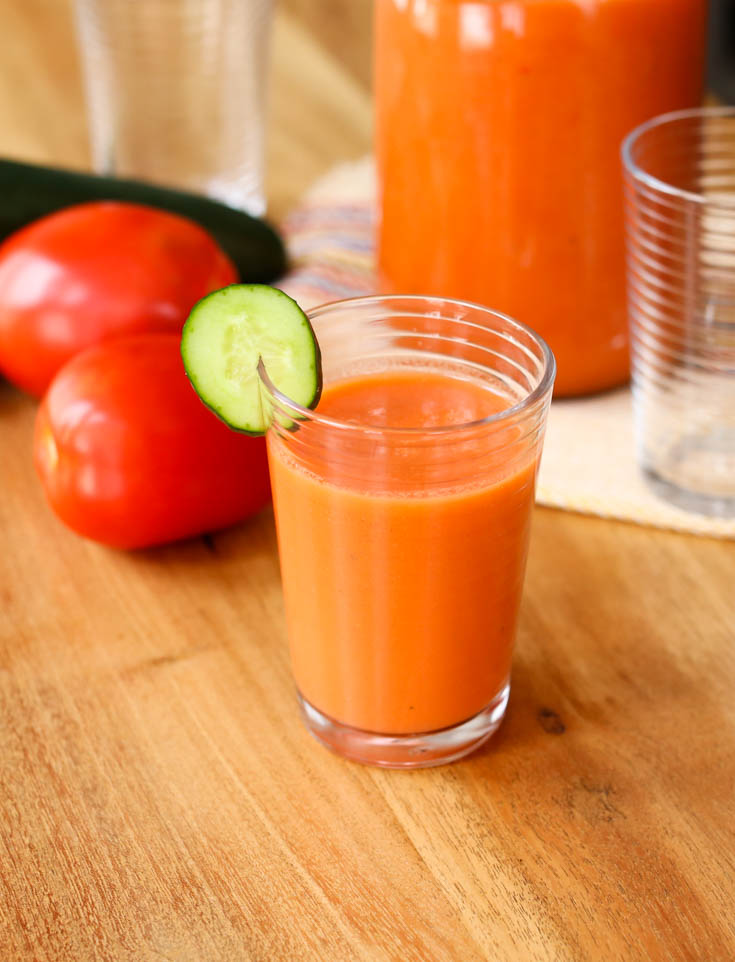 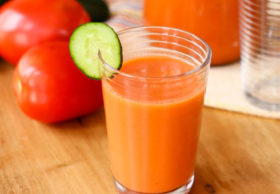