Part two in my Christmas Around the World series! Christmas in Guatemala, focus on: TAMALES!

Guatemalan tamales are quite different from the Mexican tamales you may be more familiar with. These tamales are wrapped in banana leaves for one thing, which imparts a grassy floral scent, and they are two or three times larger than tamales made in corn husks. One of these tamales is probably enough for a meal on its own!

These are fairly labor and time intensive, so I suggest you plan to spend half a day making them. The sauce (recado) must be made first — it’s a thick, mole-like salsa of tomatoes, chiles, pepitas and sesame seeds — and you can make it a few days ahead of time if you like, to save time on the Day of Tamales. The masa for these is thinner than that used in Mexican tamales and the fillings are typically pork or chicken with additional touches of capers, olives, raisins, bacon, and bell pepper. You can customize them as you like. 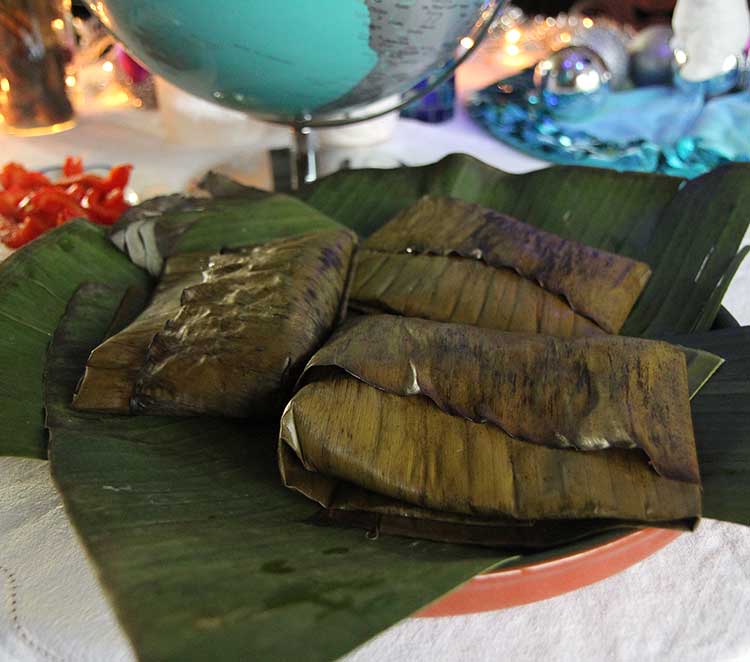 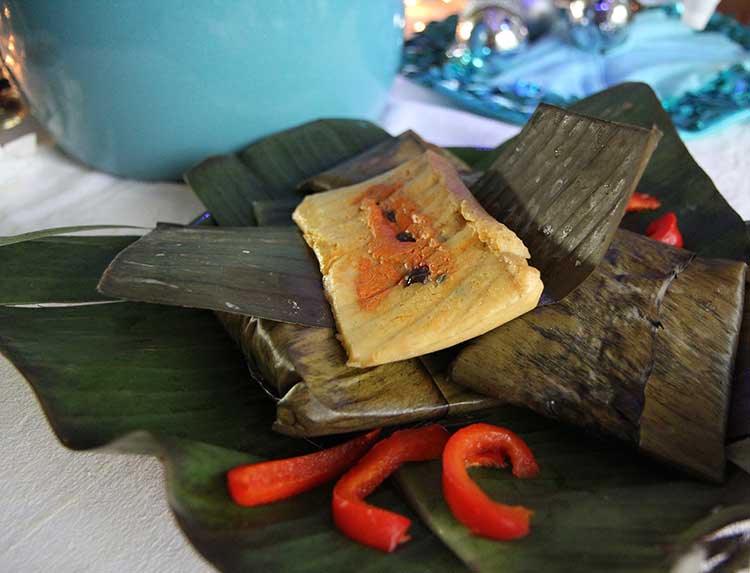 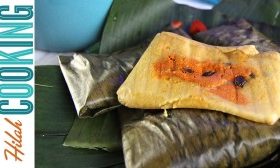 This radish salad might be a nice accompaniment to the tamales.

Pastel de tres leches is claimed by many Latin American countries and is often made for special occasions, such as Christmas.

This video (in Spanish) demonstrates a dessert made from ripe plantains. They are boiled in their peels with a cinnamon stick for 15-20 minutes, then peeled and mashed into a puree. The filling is pureed black beans, sugar, cinnamon and occasionally chocolate that is cooked together then cooled. Shape the plantain “dough” with oiled hands into discs about 1/3″ thick and 4-5 inches across. Fill with a small amount of the beans and fold over, pressing to seal the beans inside and form it into a torpedo shape. Fry in hot oil until browned on all sides. Once crisp, drain on paper towels and sprinkle with sugar!