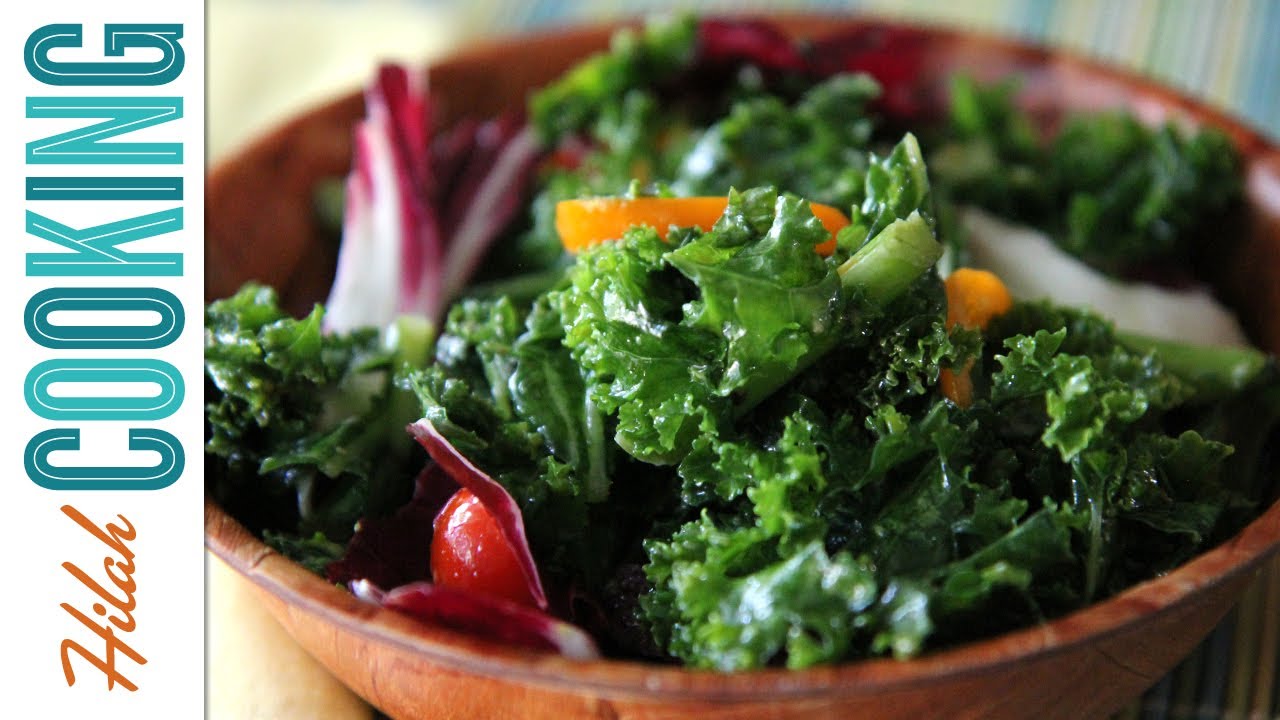 Um, that was rude, guys. Hear me out. This one is super delicious. And nutritious. And colorful and beautiful. And has optional bacon bits. Which I realize is a kind of iffy ingredient when we’re trying to call it nutritious, but that’s why they’re optional! Get it?! JEEZ! Basically, everything in any salad recipe is optional, though, I say. Salads are made for experimenting! Salad is your time to run free and try new things! Or at least, salad is a great time to use up whatever vegetables you already have and not be forced to run out to the store and buy more stuff. As long as you have something green, you can call it a salad. And that’s one of the coolest things about kale salad, I think, is that kale lasts longer than most lettuces in the fridge and can be eaten cooked or raw. Kale is then, kind of two vegetables in one.

Watch the video to see how to massage kale! If you like this recipe, try my other Strawberry Kale Salad recipe. Sounds weird but it’s actually the bomb dot com and I don’t even care if that expression is a decade old.

While I LOVE this salad as written, I suspect it would make a fabulous winter kale salad for the colder months by swapping out the summery bell pepper and tomatoes for chopped red apple peeled orange segments.