About a month ago, maybe a little longer, I got a care package in the mail from a couple in Vermont, Randy and Merrilou. I’ve never met this couple. They only know me through the show. They took it upon themselves to send me a Vermont care package, just because. It was extremely humbling. In the HUGE box, they stuffed 2 half-gallon jugs of maple syrup, 2 local microbrew beers to try, some King Arthur flour, a maple recipes booklet, some amazing maple butter (this was new to me, and it is FANTASTIC on toast, if you ever get a chance) and a maple syrup grading pack.

With such an abundance of maple syrup, it was easy to come up with this maple frozen yogurt recipe, with a Greek yogurt base thickened with heavy cream and sweetened only with maple syrup. Maple-candied pecans add some crunch (and more fat, haha because it’s dessert, after all). 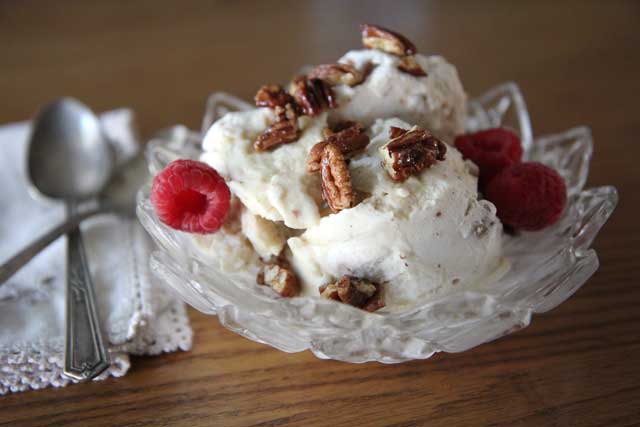 According to the maple syrup grading set also included in my care package, the mysterious “back yard” maple syrup in the half-gallon jugs looks to be Grade A Dark Amber. Do you agree? 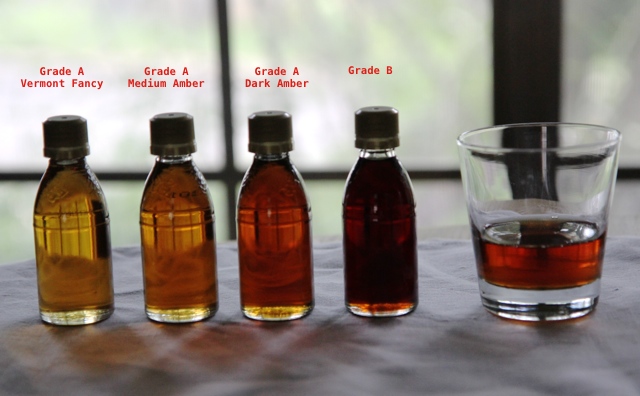