I’ve seen pictures of smashed roasted potatoes all over the internet recently and they reminded me maybe of the rissole potatoes we had several times at the Palace Cafe in New Orleans. Lucky me, they are pretty similar in texture — creamy inside, crunchy salty outside — but a little faster and easier than the rissoles are to make. Perhaps the best part of this recipe, though, is that you can boil a bunch of potatoes early in the week and then smash, season and roast them later in the week for an impressive side that took virtually no work.

Season these any way you like but the absolute favorite combination I came up with is bacon fat, grainy mustard and thyme. If you want to make them vegetarian, use a tablespoon of olive oil plus a tablespoon of butter instead of bacon fat. The technique stays the same for whatever fat or seasonings or herbs you want to use. I’ve listed some other suggested combinations in the recipe card.

These also make awesome breakfast potatoes. Remember them when you are searching for something upon which to lay your fried eggs!

While in theory a pound of potatoes should serve four people as a side dish, Chris and I have been known to eat this entire batch between us as a meal. I’d love to say we had it with a balancing green salad, but that is not the case. 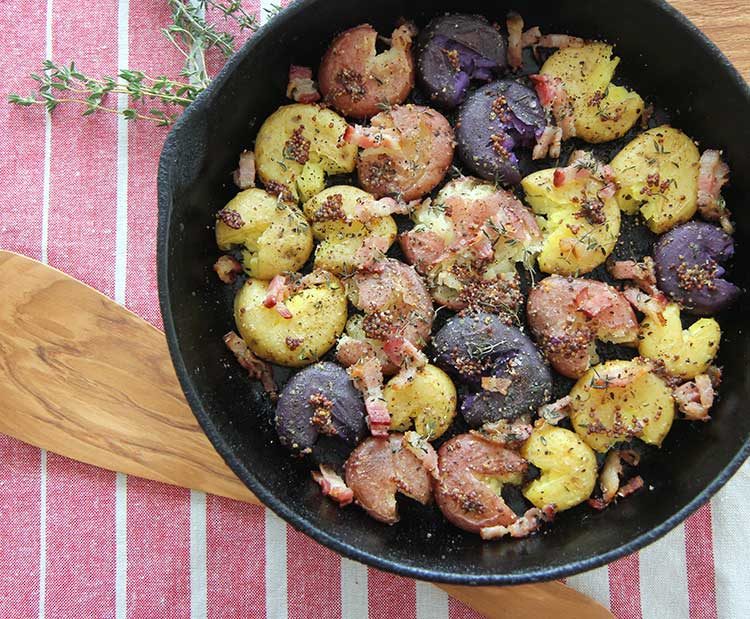 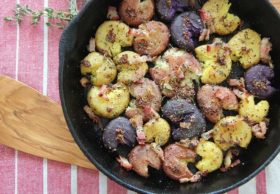 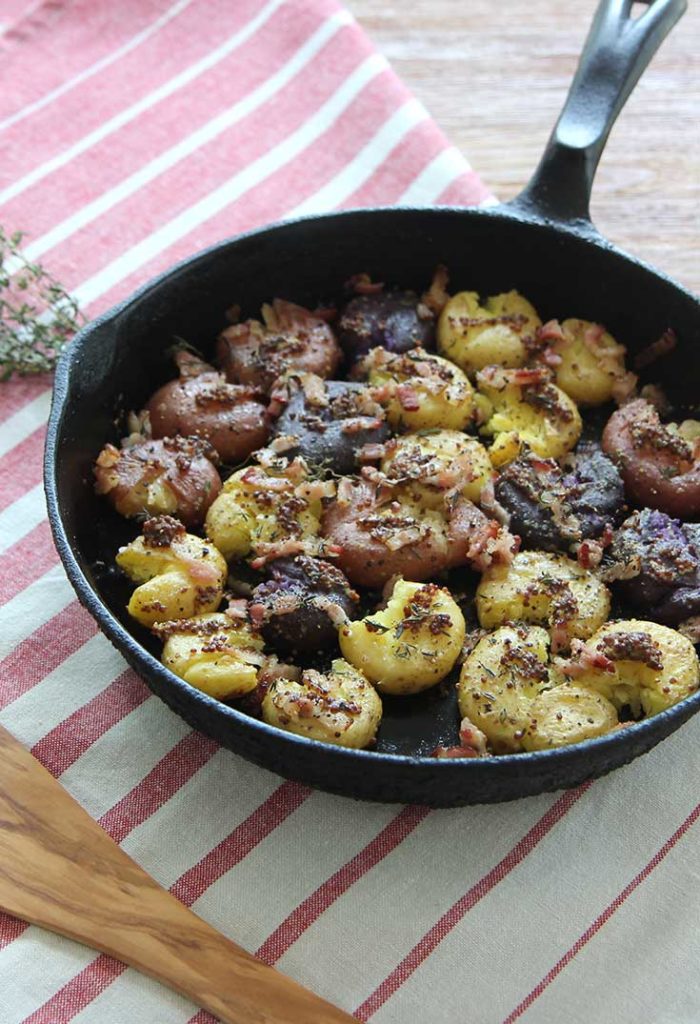