German immigration into Texas began in force in the 1830s and continued through the 1860s. Germans, for whatever reason – beautiful landscapes, natural springs, and Enchanted Rock – settled mostly into the central Texas Hill Country area. Fredericksburg, New Braunfels, Boerne, Luckenbach, Schulenburg, Weimar, and Walburg are Hill Country towns all founded by German immigrants. Fredericksburg today has the largest population of German-Texans. 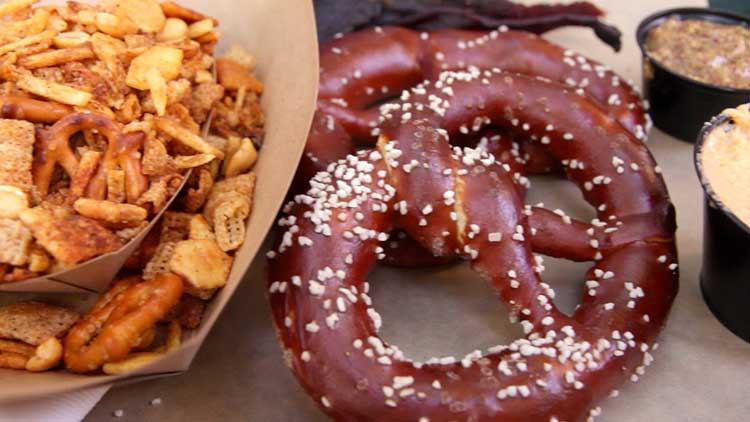 German culture can be found all over Texas. The polka beats and accordion instrumentals of Tejano and Norteño music are my favorite example. Many breweries in Texas and Mexico were begun by Germans and Germans can be credited with spreading lager and pilsner-type beers all over both countries. Bratwurst, German potato salad, coleslaw, and central Texas barbecue are all still very popular foods in Texas that descended directly from German immigrants. Many Germans opened butcher shops and bakeries, as well as breweries and pubs.

Easy Tiger is a fairly new business, part bakery and part beer garden (or biergarten, if you like). David Norman is one of the founding partners and also the Head Dough-puncher. He showed me how he makes the soft pretzels they are known for. 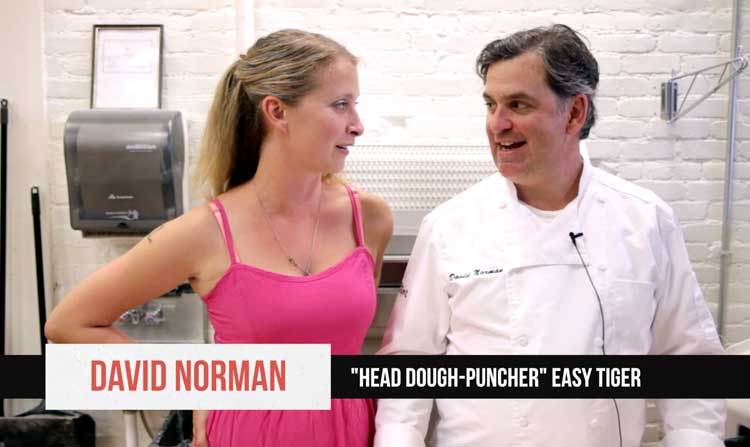 BUT ABOUT THEM PRETZELS.

Soft pretzels are a dense, chewy, yeast bread with a burnished, shiny brown crust bespeckled with crunchy, chunky salt granules. You’ll find them many places, from mall kiosks to baseball games. Soft pretzels go particularly well with mustard or queso for dipping them in, as well as ice-cold beer. The German word for this particular type of pretzel is Laugenbrezel, meaning “lye pretzel” because of the way that shiny brown crust is made. Lye (sodium hydroxide, or NaOH) is an alkaline compound derived from wood ash. It has culinary purposes (it’s also used in making Scandinavian lutefisk, Chinese century eggs, hominy and corn masa, and curing olives) but is very caustic and dangerous if you’re not careful. It’s also used by ill-bred peoples to make methamphetamine. For this reason, it is unlikely you’ll be able to purchase it locally, but it is available through online sources. Make sure you get food-grade lye! Lye is also used as a drain cleaner and a soap ingredient, but you don’t want to use those because they could have other ingredients or impurities that are even more poisonous than the lye itself.

When the pretzels are dipped in the lye water, the lye breaks down the fats and protein on the surface of the pretzel, making them feel slick and bake up shiny and smooth. It also adds a distinctive, minerally, salty, acrid flavor to the pretzel crust. Lye is often replaced with baking soda as a safer, less toxic alternative, but baking soda isn’t quite alkaline enough to be a very satisfactory substitute for real pretzel lovers.

FORTUNATELY, there is a better way. By baking the baking soda, it’s pH increases to closer to that of lye without being quite as burny to delicate hands and faces. 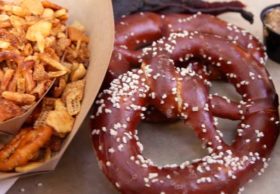 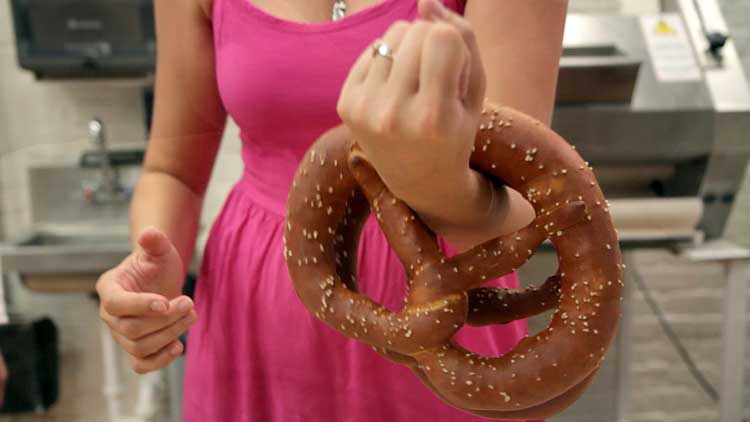