Spinach enchiladas suizas is the enchilada order I place on days when I’m in a vegetarian state of mind, or in joints where I doubt the freshness and quality of the meat (why would a person eat in a place like that at all? Well, it’s never intentional, I swear.) Enchiladas suizas translates to “Swiss Enchiladas” and they are called that due to the high quantity of dairy and cheese used in the sauce. It’s nothing to be ashamed of, Switzerland. There are worse things to be known for than cheese and neutrality.

Using a spinach and mushroom filling in these enchiladas also allows a person to continue the delusion that eating a plate smothered in cream and cheese isn’t entirely a waste. There’s vegetables in it! 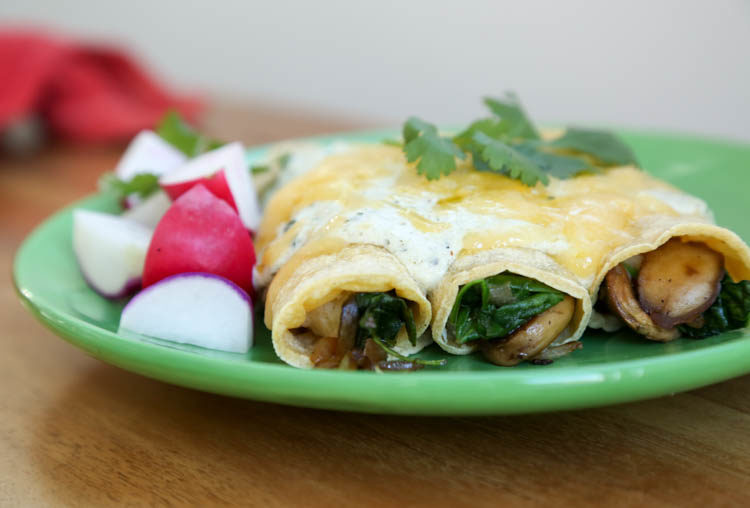 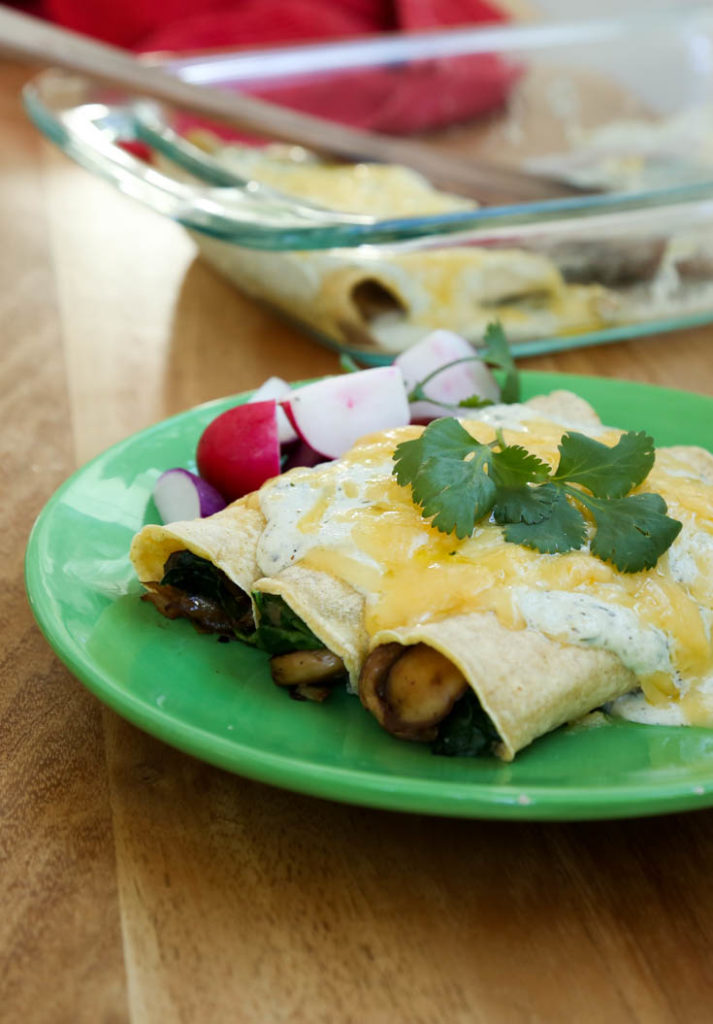