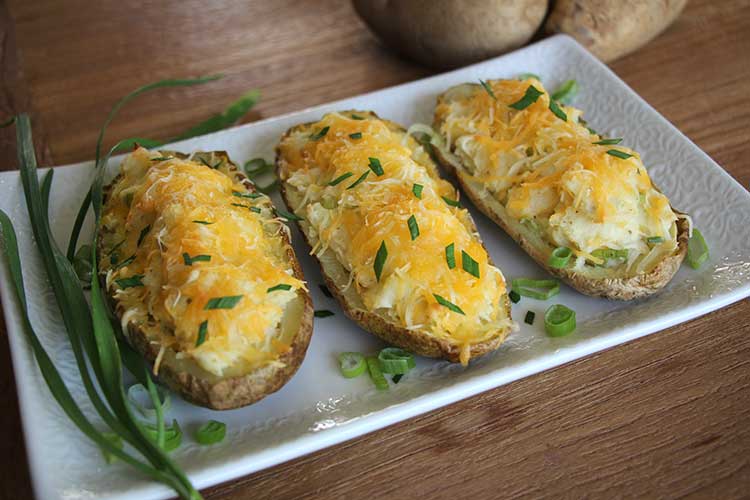 When I was a young’un, twice-baked potatoes seemed SO FANCY. The kind of thing only rich people ate at their country clubs. I think that might be because around that time, the mid 80s, country clubs and rich people and fancy food were on my radar thanks to the movie Trading Places, which is an excellent film, by the way. 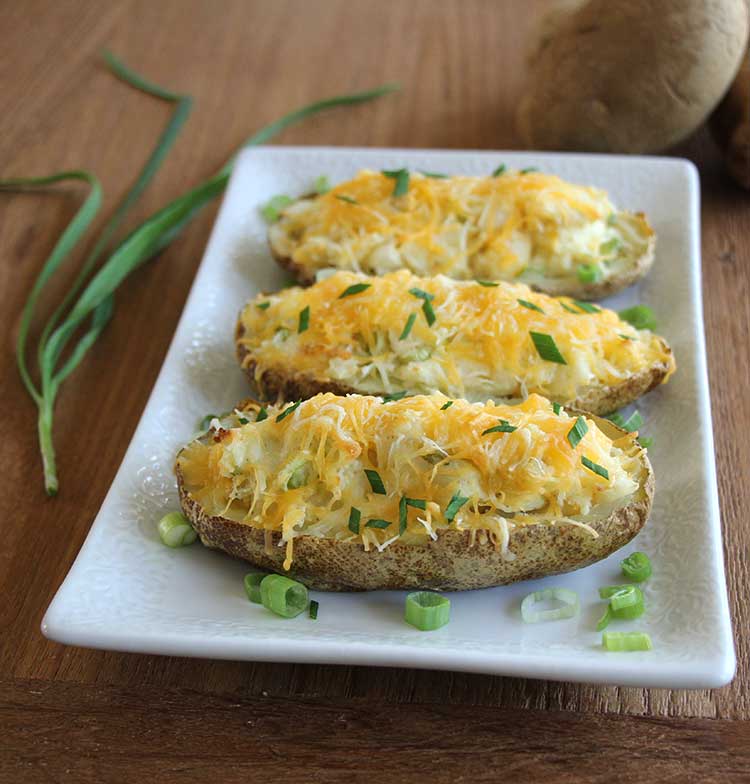 But don’t put weed in them. Instead, put some of these other things in them that are wholesome and good and not illegal in 40 states: steamed broccoli or green beans or asparagus, peas, blue cheese, ham, bacon bits, salsa, chili, cooked spinach, cream cheese, ricotta, black olives, pepperoni, jalapeños, pickled cherry peppers, whipped cream, pecans, walnuts, fresh thyme, basil, tarragon, parsley, rosemary, chives, garlic … this list could literally go on infinity. Instead, here’s the recipe and a video showing you how to make them.