The Dirt Cake is something that many people grew up on. Not me. I think dirt cakes are indigenous to the American midwest which would explain why I’d never heard of them until I was well past voting age. That, and my mom is a devout sugar-hating hippie and dirt cake is almost 100% sugar.

Most recipes include instant pudding mix, powdered sugar, milk, cream cheese, butter and Cool Whip plus a pack of Oreos. It really sounds completely insane, but when you get back from the amount of sugar involved in it, a dirt cake is like an American trifle — layers of creamy pudding stuff with layers of other stuff. In dirt cake, it’s broken up cookies; in a trifle, it’s broken up cake (plus some berries usually so you could argue that a trifle is a bit healthier, but I don’t know how far that argument would get you with a nutritionist).

As I am my mother’s daughter, though a bit more lax with my cookie intake than she, the classic dirt cake recipe I found would just not do. I omitted the cup of powdered sugar and the stick of butter that is usually included and guess what happened. Nothing. I mean, nothing bad. I thought the end result was quite delicious, really, and I can’t imagine making it any other way. With my dirt cake recipe, you can actually taste a little of the tangy cream cheese and it offsets the sweetness of the pudding mix and cookies, turning the lowly dirt cake into something seemingly a little fancier. Why is it that when it comes to desserts and champagne, less sweet equals more fancy? 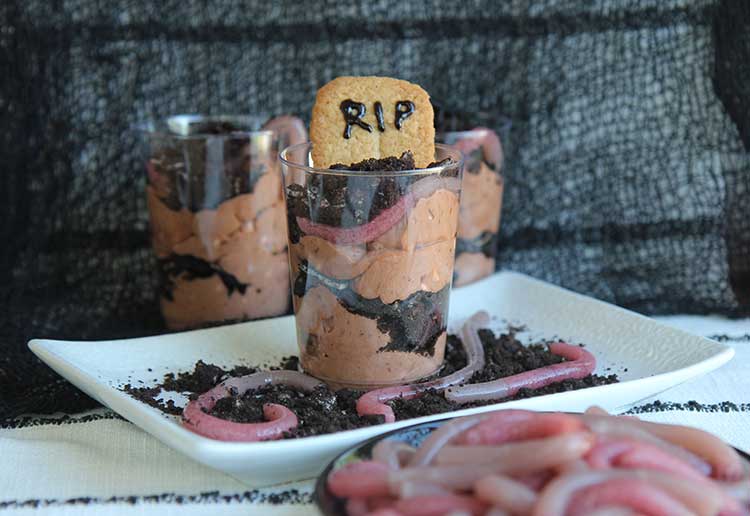 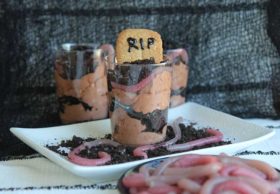 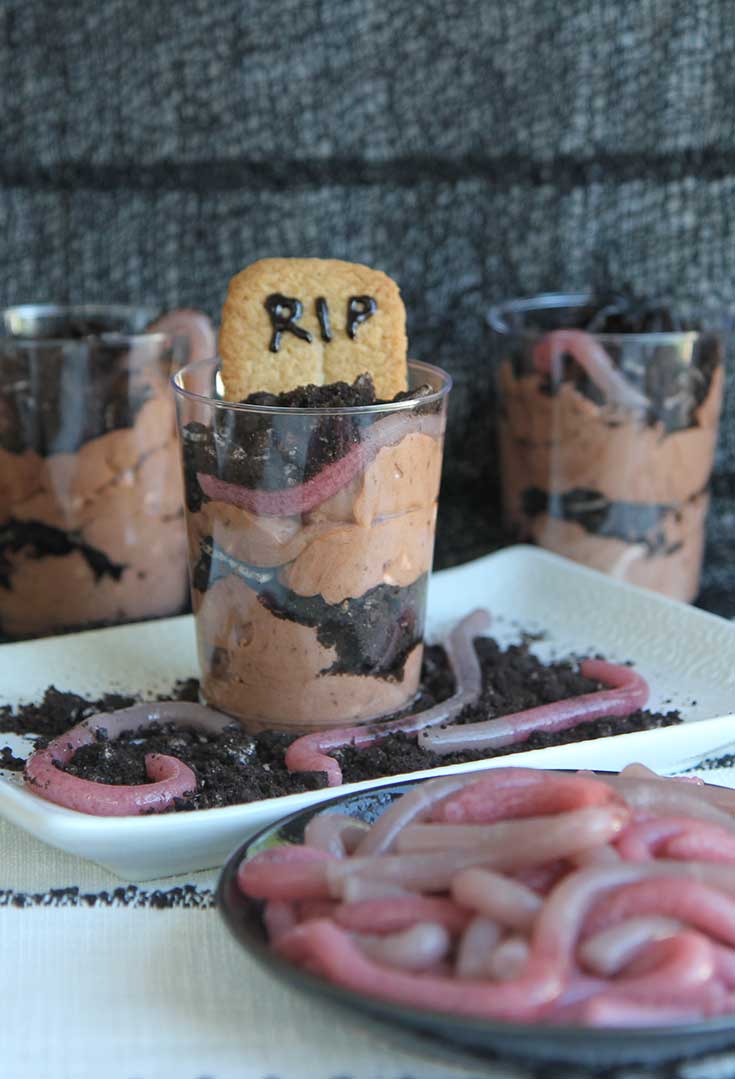