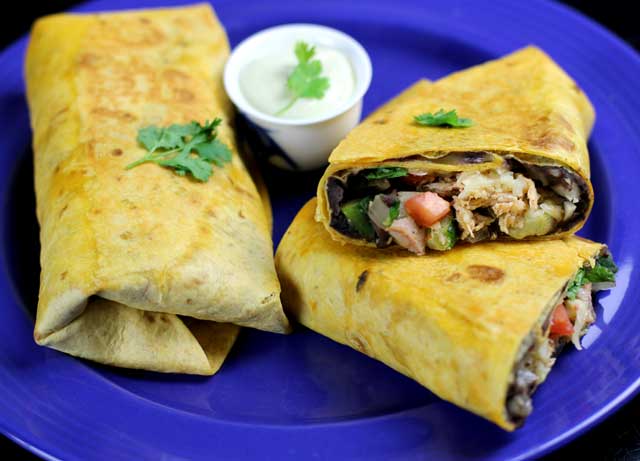 I’m sure it’s obvious that you could fill these babies with anything your heart desires and your fridge contains. In my case, that was some black beans that became refried beans, some frozen chicken breast that became shredded chicken, some pepperjack cheese, some sauteed vegetables, and one lonely tomato chopped with a sprig of cilantro.

If you want to make a bunch of burritos for lunches throughout the week, you can! And it’s easy.

In the video I used a poached, shredded and seasoned chicken breast like in this chicken enchiladas recipe. You could use carnitas or picadillo, too. Here’s how to make refried beans, too. Oh and Mexican rice. And some pico de gallo. You could even use some hummus for a fusion burrito. A furrito. Sorry ’bout dat.