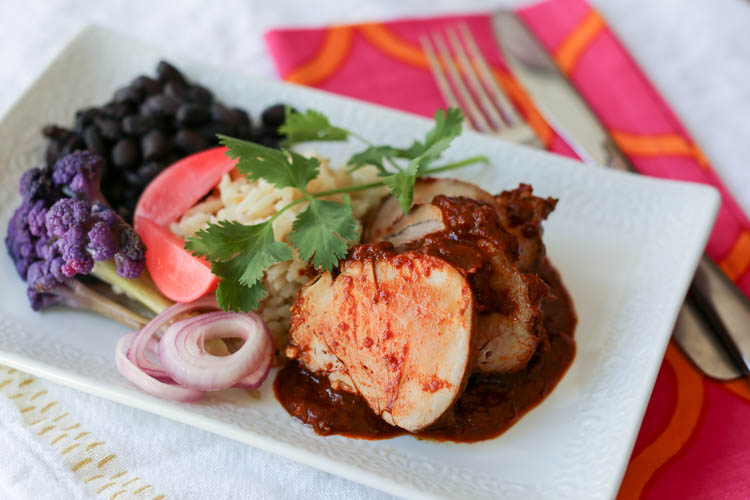 Serve this pork tenderloin with plain buttered rice and black beans, pickled red onions and radishes. Or serve it with fried plantains and garlic green beans.

I save the leftover marinade and boil it heartily before serving with the cooked tenderloin. If that skeeves you out, just use half the marinade on the pork and save the other half for serving. You’ll still want to warm it up and thin it out with a little water, but you won’t need to worry about bringing it to boil. 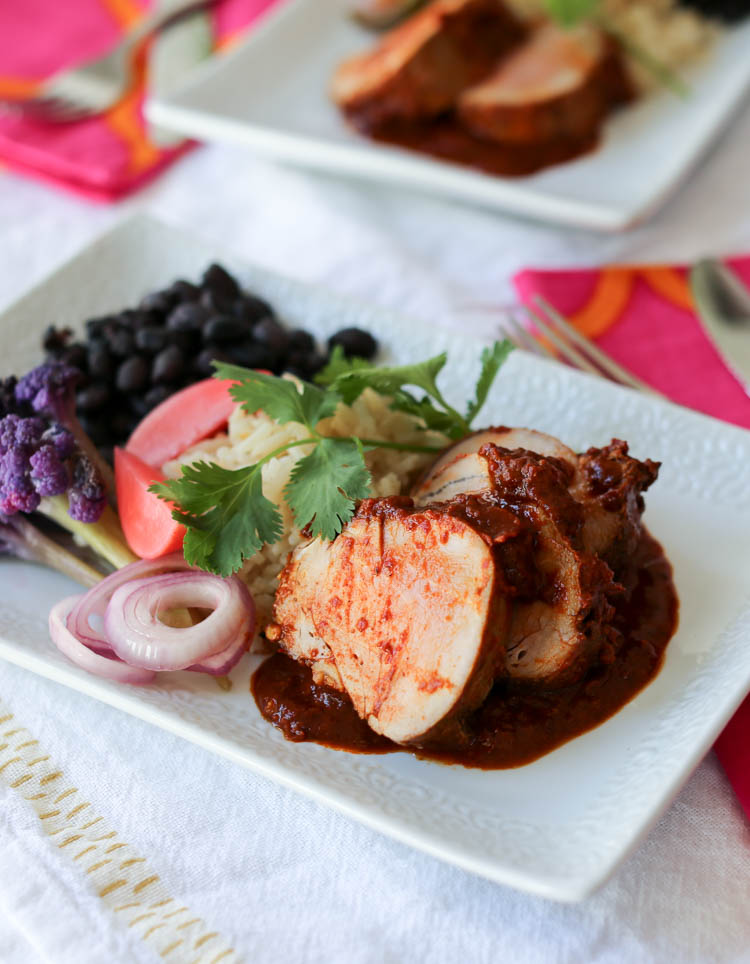 Toast the dried chiles on a dry skillet over medium-high heat for several seconds on each side until pliable. Break off the stem and shake out the seeds. Rinse them off. Cover the chiles with 1 cup very hot water and set aside for at least 30 minutes. You will use some of the soaking water in the marinade so don’t toss it!

Peel garlic cloves and toss into blender with vinegar, salt, spices. Add the soaked chiles and 1/4 cup of the chile-soaking water. Blend until smooth. (Marinade can be refrigerated in a jar for a couple days.)

Coat the tenderloin in this sauce and refrigerate 6-10 hours.

Heat a cast iron skillet (or other heavy, oven-safe skillet) over high until very hot. Add the oil. Pull the pork from the marinade (reserve it though!) and place in the hot pan. Let cook 3 minutes. Turn and brown the other side for 3 minutes.

Transfer skillet to oven and roast 10-15 minutes, until the internal temperature reaches 155ºF.

While it cooks, add about 1/4 cup water to the remaining marinade and bring to boil in a small pot. Let it boil a few minutes.

Let pork rest for 5-10 minutes before slicing and serving with boiled marinade.